[the poetry of orthodoxy, orthopraxy, orthopathy]

In the 1966 anthropological masterpiece Purity and Danger, Mary Douglas examines the role of “dirt” in various cultures. A Western housewife vacuuming the floor finds a cockroach and screams loudly. She runs for a chemical spray to rid the household of this danger.

However, this fear is irrational, science says, because the insect grooms constantly and transmits no disease, as compared to a mosquito. The danger is to her self-perception that her house is “clean”. Compare this with an African family happily crouching in the dust. Western culture designates one family “civilized” and the other “primitive”.

Nowadays we simply don’t think in these kinds of binaries. Or at least, I hope not. But, Douglas proclaims, “dirt offends against order”. Interestingly, this is its creative power. Because, at its most basic, dirt is soil, a generative life force. It is dangerous. And in a chaotic world, we need to believe we can control such power, because we are unable to cope with endless change.

Just as we separate gardens from living rooms so nothing unexpectedly breaks into our lives, we separate from those who are given to “disorder”. We move away from a homeless man on the subway, because he is “dirty”; erratic and unpredictable. So “dirt” is best in boundaries.

Of course, an object can move from “dirty” to “clean”. It requires a ritual to purge it. And so corporations conveniently assure us, their product guarantees it.

But removing “dirt” from people is harder…  in many cultures, this is a religious problem.

Such is a matter for the shaman, priest or medicine man – to diagnose it as demons or gremlins, imps, or Lucifer himself. In rural Nigerian Pentecostalism the “problem” is, no word of a lie, zombies.

That’s not to suggest religion is fake. Douglas failed to do more than consider its structures. But the words we place around existential problems and the ways we experience real phenomena, depend on our religious frame.

Strangely enough, in evangelical Christianity, the demarcation is seen clearly in sexuality. The raw generative power of sex is kept in strict lines. We practice enjoyment of an “other” completely unlike us, in heterosexual, monogamous marriage.

But we have a serious problem. Sex is so powerful for us culturally, that it breaks over the lines. And in our frame, these encounters cannot always be undone. We have no way to cleanse our soul in times when the lines blur.

Christians dare not believe our own message, that the cross was the once-for-all ritual, that purifies us, again.

It is not enough, because we believe uncontrolled sex is a very “dirty” sin.

It was not always seen this way. Christianity developed in the Greco-Roman world. Each local area had strict rules for sexuality in the household. But, the Roman Patriarch had ultimate and absolute power via “the rule of the fathers” over his wives, children, nieces and nephews, slaves, and freedmen. This was right of life and death. The Patriarch was sexually active, but all else were passive. They were able to receive his advances only.

Sex never occurred between two Patriarchs, as it would reduce the status of one and diminish his power. But a Patriarch could, in addition to a wife, take a boy whose beard had not yet grown, for pleasure. Senators realized this relationship was asymmetrical in power, and economic benefits should accrue to the boy. But as well, a Patriarch must court the child to prove “the boy was not to submit too easily. If pursued by more than one man, was to show discretion and pick the more noble”. In contrast, marriage was a commercial and political transaction. She managed the household. He was its public face. So he reclined with books and wine and, sometimes, an adolescent boy.

Or, at least the Bible did. Paul’s ideal of non-coercive, egalitarian sexuality was a beautiful construction of hope; and the church tried and failed occasionally, and tried again. But they were building something worth it. Each time they had sex counter-culturally, it was their liberation.

Recently, Tim wrote up a reflection of a day in California I could never forget.

In my second year of study  he took a role as a youth pastor. We lived in an apartment behind a sweet Californian craftsman home, and my lemon-coloured tiled kitchen with walnut floorboards looked out upon our neighbour’s garden, where Hummingbirds buzzed their glorious wings beating like hearts, and Mariachi or Gwen Stefani occasionally blared unexpectedly out of the laneway. 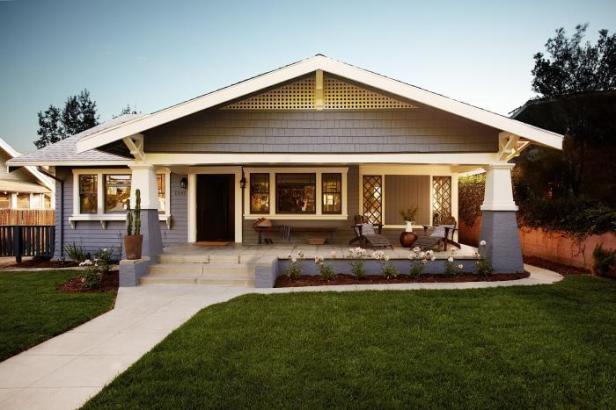 The tears began to fall down from my face and crash on the table, and wouldn’t stop. I was watching eighteen year olds interview after their first job. Counting money. Deciding to get boob jobs. Choosing stage names.

And who were their fans? Many of them were evangelical men.

Not exclusively of course. But this was happening in the state’s Bible belt. The girls were performing sex for fathers and business leaders. College jocks and geeks brought together in common consumption of the naked female form.

The documentary followed these products and narratives into the third world’s red light districts, where they showed power differentials of Western currency. I watched women prepare for a big weekend, curling their hair one last time hoping to seem seductive enough, like a game. The camera zoomed in on their hopeful faces, as “Johns” viewed them through one-way glass. I watched them smile as their friends were selected, and gasp as rivals’ numbers were called. As the room emptied, those who were not selected sank back into the carpet steps, and into realization of hunger for yet another week.

The film stopped and it was night. I hadn’t realized, but darkness had crept up, in more ways than one. It was not “out there” somewhere anymore.

And yet, I could still feel the lingering traces of the warm breath of God.

I had no words to give, so sitting in the dark, I willed afternoon sunshine and orange blossoms into every house in the neighbourhood, and for men that kept deep secrets. And then I let their projected images of perfectly happy families break. And I mourned the death in horror.

But in this moment, something generative happened. I can’t explain it, exactly. Out of the dirtiness, something started to grow.

I was scared at this collective, globalizing power of secret acts. I suspected that, over the years, we had created new Patriarchs, who brokered deals for gain and required bodies on demand through their phones, and sometimes, in real life.

I was scared that we, the Christian church, had forgotten. We had desire to control one another in secret. We needed these images and videos like anyone else. We vilified them from the pulpit. We rescued people from them. But we provided no real alternative. And I was petrified to see evidence of scars – of power and abuse and of control and lying and manipulation – all the things that lay on our collective soul.

I was scared we lied to ourselves about sexuality, because we knew its generative power. We had let sex become a “dirty” act.

I thought California was perfect – it wasn’t. Nowhere is. This is global.

And so, I wanted to explain to my husband, and best friend. It came out in jerky sentences, and jagged words. He stared at me with wide eyes, pulled into the Starbucks drive through, ordered me a non-fat latte, patted me on the leg and said “Tanya, try not to talk to anyone today in the foyer”.

Thankfully, it was a service the same as any other. The words of the songs screened and people still sang and clapped along to the band. The announcements came, and the sermon was simple and strong. No-one displayed rampant or repressed libidinal power. I saw no female bodies shivering as a shadow crossed them. I was relieved.

I slunk out in the closing notes of the final song, and went to the youth hall. I thought they would be playing games and I could hug our amazing leaders.

But I found a scene unlike any other.

And he, their youth pastor, announced that with all the power invested him by the Spirit of God and church, they were clean. That the blood of Jesus covered their sins. And his beautiful leaders followed up to ensure that all were safe.

I’d say that, church that day was the closest I’ve ever been to the biblical year of Jubilee. And I will remember that forever.